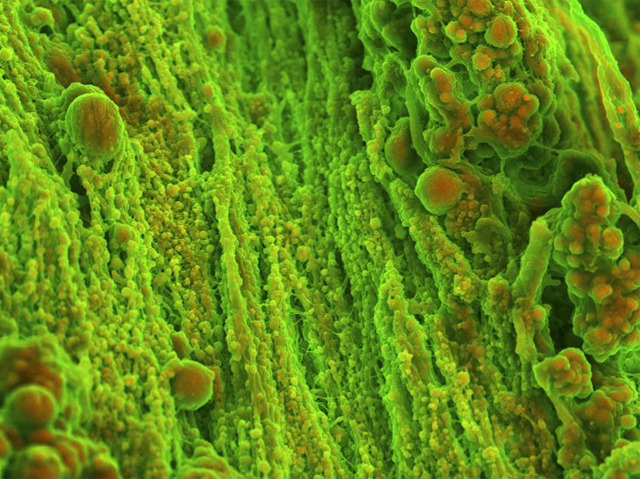 As calcium builds up in tissues it gradually causes them to harden or calcify. It's how our bodies build teeth and bones. When calcification happens in cardiovascular tissue, however, it reduces blood flow and eventually leads to heart failure. To better understand the problem, researchers have taken snapshots of calcified heart valves using a special microscope that can measure the density of a material as well as its surface features. Images like this one, where denser material appears orange, have revealed that spherical particles forming during soft-tissue calcification are composed of a form of calcium known as hydroxyapatite, which is structurally different to that found in bone. Such insights might help figure out how to break down the mineral deposits or even prevent them forming in the first place.