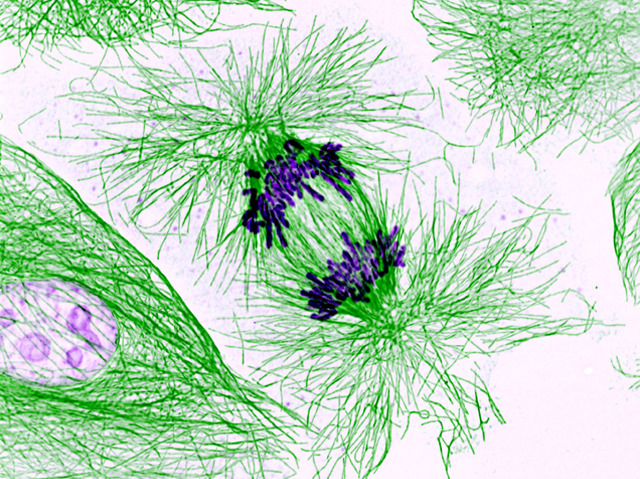 X marks the spot of the location of our body's genetic material, as that’s the normal shape of chromosomes. Formed from two identical strands (arms) of DNA joined at a single point, the set of chromosomes holds our genetic blueprint in each of our cells. But when a cell divides, their cross-like form changes radically (stained dark purple). Long tentacular protein spindles (green lines) creep out from opposite sides of the cell and latch onto one arm of the chromosome – the two spindle groups seen at the centre of the image are one cell’s worth. After reaching their targets, the spindles then retract, tearing the chromosomes apart thus dividing the genetic material in two. Understanding this complex process could help fight maladies linked to cell division such as cancer and birth defects. And help is much needed because developing medical treatments is never as easy as following a treasure map.