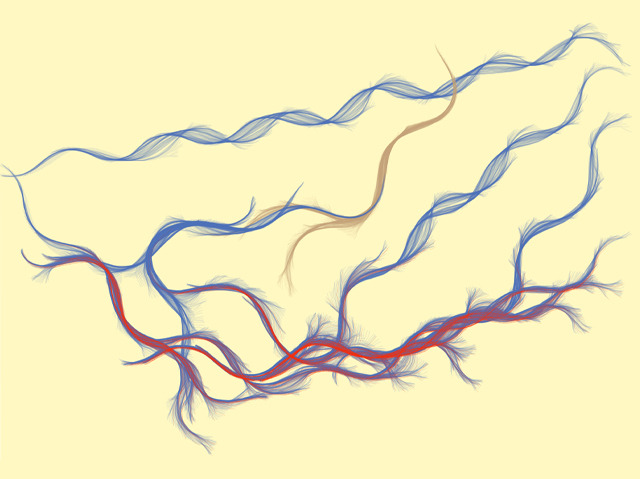 The nematode worm C. elegans is studied in labs around the world interested in the genetics of brains and behaviour. That’s partly because C. elegans has a very small ‘brain’ with only 302 neurons, which makes some things easier to study than in larger animals. Still, their compact brains don’t limit their elegance. Here flowing lines represent the paths followed by a worm’s body that we track automatically from videos. Frayed ends of some tracks are from the worm’s head, which it casts back and forth in a motion sometimes called ‘foraging’. By analysing large numbers of videos, we search for worms with genetic defects that disrupt their smooth behaviour. This can give us hints about what the affected genes might be doing in the worm’s neurons. 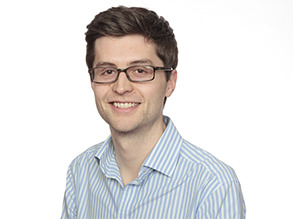 André is a group leader at the MRC Clinical Sciences Centre in London. He studied physics (BSc, Memorial University in Newfoundland; PhD, UPenn in Philadelphia) and came to the UK to start studying worms in 2009.