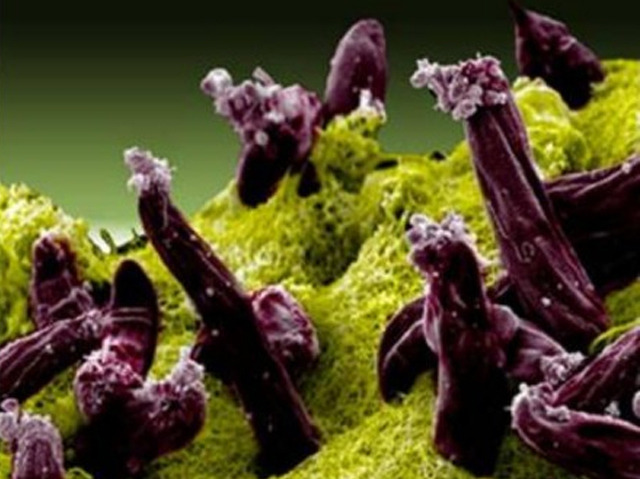 Five hundred thousand African children die of malaria each year, a number equivalent to the population of UK city, Liverpool. The infection, which is spread by mosquitos carrying the malaria parasite – one kind of the parasite is seen here in purple bursting through a mosquito’s gut wall – particularly threatens children and pregnant women. Whether a victim survives the disease can depend on which of the five parasite species infects them. Brain-targeting Plasmodium falciparum is the deadliest but rarest species, and P. vivax the commonest – Abraham Lincoln being one famous sufferer. This variation has prompted researchers to stress the importance of triaging patients early into different at-risk categories so that targeted treatment can be given. Such public health programmes, coupled to sanitation measures like draining stagnant water where mosquitos breed, and distributing mosquito nets, have halved the number of deaths from malaria between 2001 and 2013.