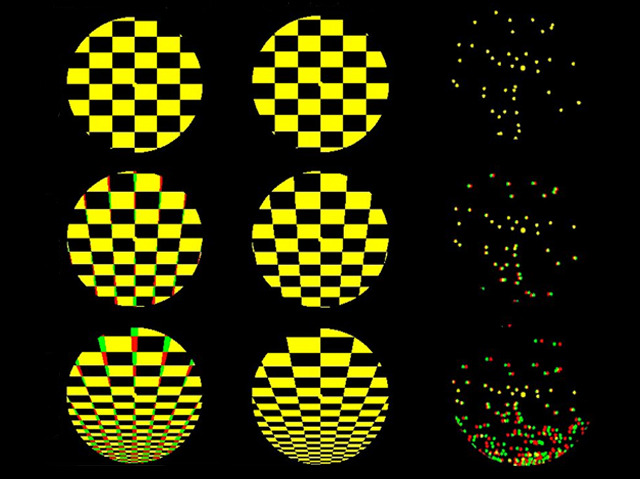 As you've probably noticed, we live in a three-dimensional world. Although we can figure out the shape and size of the things around us by touch, it helps to be able to see our surroundings too. But what you may not know is that our eyes only produce two-dimensional images, like a flat photograph. The brain then has to analyse these pictures and figure out how to interpret them in 3D, but exactly how this happens is a mystery. To find out, researchers are turning to a bit of visual trickery. They're studying the brains of macaque monkeys shown these optical illusions, where some look flat while others appear more three-dimensional. It turns out that a part of the brain called the parietal cortex, towards the back of the head, is responsible for bringing together all the information that we see about an object, rendering it for us in 3D.