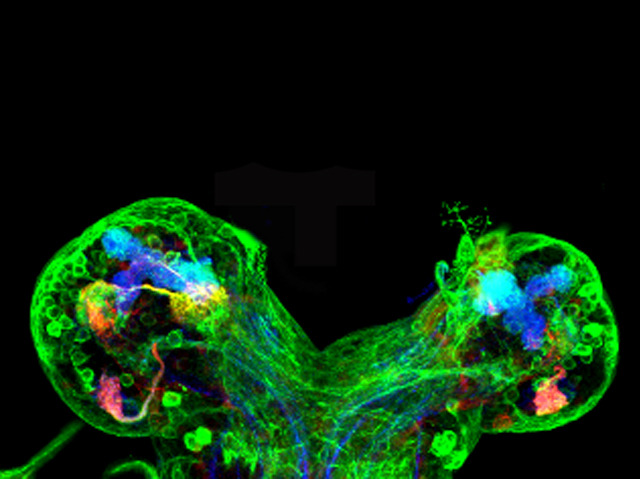 Humans can distinguish an incredible one trillion different odours. So it’s no wonder that around three percent of our genes are dedicated to this gargantuan task. These genetic codes produce hundreds of distinct cells capable of detecting specific chemical ‘smells’ which then rush this information to a specialist brain region. It’s here where signals are mapped out into a unique fingerprint for that odour. But the nerve cells that detect and relay the message are much more than mere couriers. They’re instrumental in forming the odour control centre as animals develop. In this fruit fly brain, areas where these neurons have been ‘knocked out’ by the researchers (right-hand side), fail to develop the intricate web of linking neurons (shown in red) that makes representing smells possible. And it’s a process that’s remarkably similar in growing human embryos – an unexpected result that left the researchers smelling of roses.