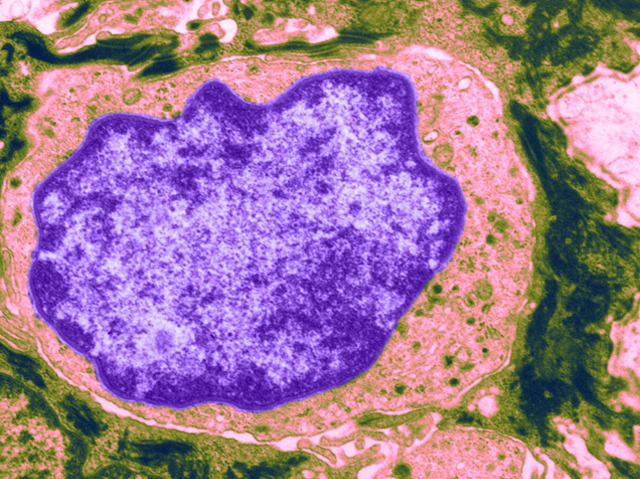 Merkel cells, found in the skin, play a key role in our sense of touch. If you were to prod your skin, the Merkel cells (one of which is pictured here) would start releasing a neurotransmitter substance that causes nerves to fire impulses to the central nervous system. Prod yourself harder, and the cell would release more neurotransmitter, and the stronger the nerve impulses would be. So Merkel cells are a very effective gauge of pressure. But they can turn malignant and cause a rare, aggressive form of skin cancer known as Merkel cell carcinoma. Scientists have now identified for the first time the specific stem cells that give rise to Merkel cells in mice. These stem cells all contain an Atoh1 gene, which could mean that the origins of Merkel cell carcinoma lie in stem cells with this gene, offering the potential for future drug and treatment targets.