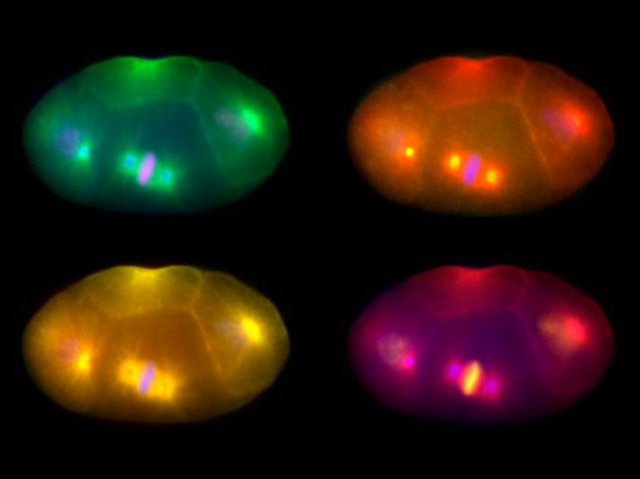 Cell division allows multicellular organisms to grow, and then to maintain and repair cells and tissues. Now, researchers have identified a mechanism by which parent cells in transparent microscopic worms dictate what sorts of daughter cells are produced. They tracked the process by adding fluorescent tags to key components in a dividing cell (bottom centre in each of the repeated images) – the centrosome (the outer part of the two bright circles) and a protein called beta-catenin (the brighter inner circles). Each oblong blob – seen as purple top left – is DNA. The identity of each daughter cell depends on how much beta-catenin it receives during division and the centrosome appears to regulate that by controlling the amount of time it’s attached to the protein. If the same thing happens in humans the discovery could have clinical relevance because daughter cells receiving too much beta-catenin can divide too quickly and become cancerous.