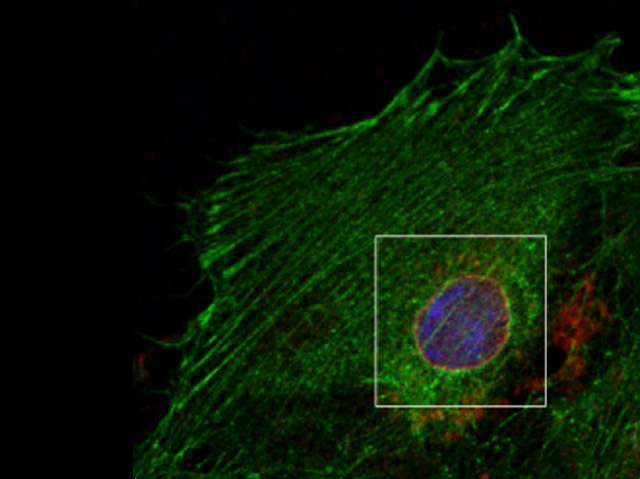 Scientists have shown that a protein called fascin is needed for cancer cells to spread to different parts of the body. This spread, or metastasis, is responsible for around 90% of cancer-related deaths. The researchers used cells from human and mouse tumours to show that when fascin (green) binds to the surface of the nucleus (purple) – the cell’s control centre – it allows the nucleus to move backwards slightly. The entire cell is then able to change shape and squeeze through small gaps between other cells, Maddy Parsons, who was involved in the research, told scientists at the Clinical Sciences Centre in West London this week. Without fascin, the cells can't squeeze into such small spaces. If scientists can develop drugs to block its action, they may be able to halt the spread of cancer.