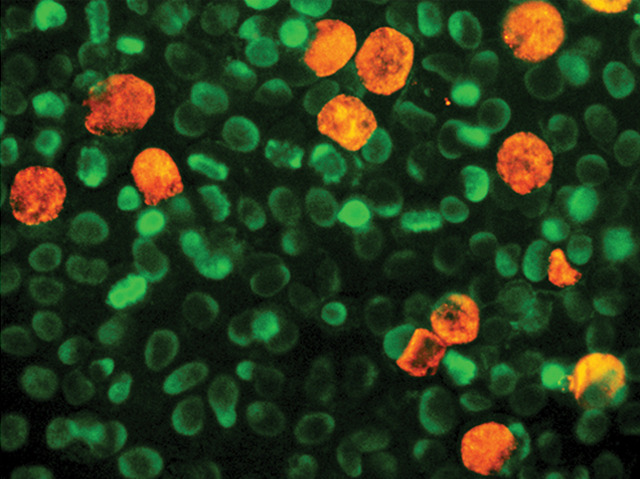 Spectinomycin is an antibiotic, but not a very good one. Its weak antibacterial activity means it’s rarely ever used to treat patients with infections. But rather than consign it to the scrapheap, scientists have now given the drug a much-needed makeover. By computationally modelling the interaction of spectinomycin with its target – the bacterial protein synthesis machinery – the researchers were able to identify ways to chemically tinker with the drug’s structure, improving its bacteria-killing ability. In total, six new variants of the antibiotic were produced that were effective at killing a variety of common respiratory and sexually-transmitted bacteria. Indeed, while the old version of spectinomycin allowed this culture of human cells (stained green) to become overrun with Chlamydia trachomatis (orange), the revamped version of the drug almost entirely obliterated the bugs. The new improved suite of spectinomycins may thus serve as extra weapons in the continuing fight against antibiotic-resistant bacteria.