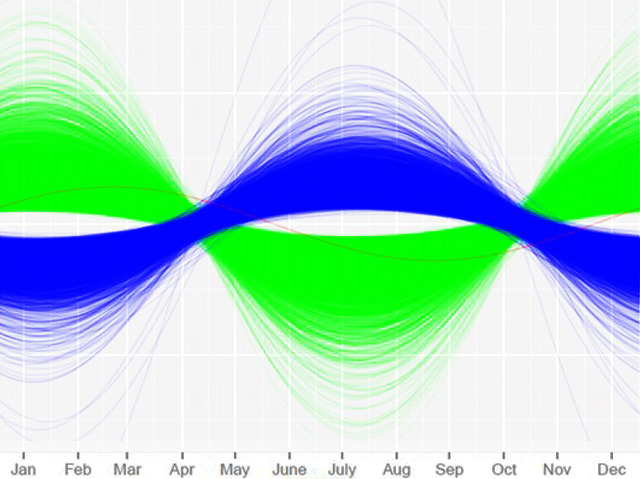 Each day and night, the activity of certain of our genes exhibits expected rises and falls. But whether a person’s genes show predictable variations over longer time scales was unclear. New research has revealed that in fact a quarter of the genes in the human genome exhibit fluctuations in activity over the course of a year, with about half peaking in summer (blue curves) and the other half peaking in winter (green curves). When comparing people from Europe with those from Oceania, this month-by-month pattern of expression was, not surprisingly, inverted. The research also revealed that winter is associated with increased expression of pro-inflammatory factors – a finding that may explain the wintertime peak in cardiovascular disease, diabetes, and autoimmune disorders. Besides offering a profound new insight into human physiology and disease, the findings suggest that seasonal variation may be an important consideration in assessing the effectiveness of treatments and vaccines.