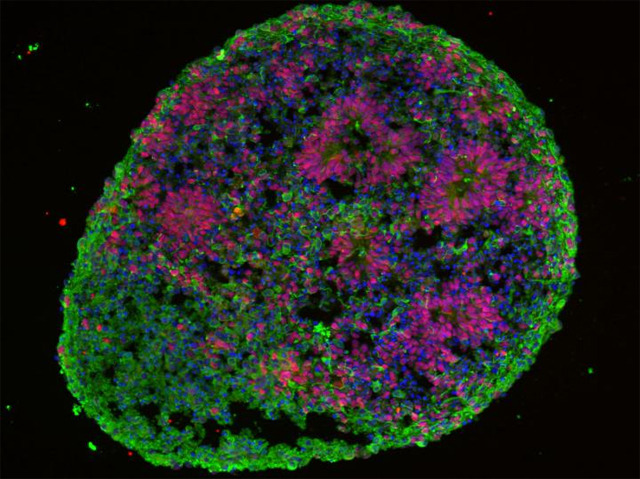 This ball of cells is a miniature human brain. Well, sort of. It’s made from human cells and resembles the telencephalon – the structure in the embryo from which the majority of the brain develops. Growth of such 'organoids' in culture allows scientists to examine the stages of early human brain development that would be otherwise impossible. Pictured is a brain organoid derived from the skin cells of an adolescent patient with autism spectrum disorder (ASD). The cells were first treated with a cocktail of chemicals that reverted them to an embryonic state and were subsequently directed to become brain cells. Comparing organoids derived from ASD patients with those derived from healthy people revealed that ASD is associated with an increased proportion of inhibitory neurons – brain cells that suppress the actions of other brain cells. It’s thought that this imbalance might cause brain circuits to develop abnormally in ASD patients.