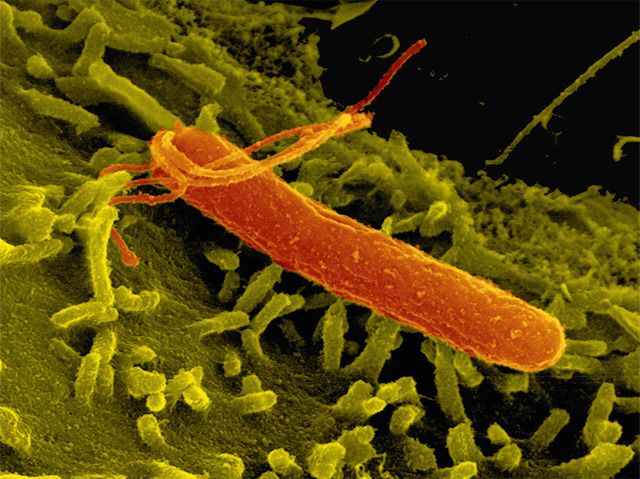 Genetic fingerprinting is best known as a way of detecting crime – but may also be used to track down potential killers inside our bodies. We all have friendly bacteria in our digestive system but sometimes villainous bugs sneak in with the crowd – such as Helicobacter pylori (pictured, false-coloured orange), which can cause chronic gastritis and is believed to increase the risk of the stomach cancer, adenocarcinoma. In a laboratory experiment, human stomach cells were infected with these sausage-shaped bacteria, causing damage to the cells’ DNA. When this changed DNA was compared with that of a range of human cancer cells, there was a marked similarity with adenocarcinoma cells. This type of genetic fingerprinting could help to identify which bacteria in our bodies are potential killers, so that infections can be treated with more urgency.