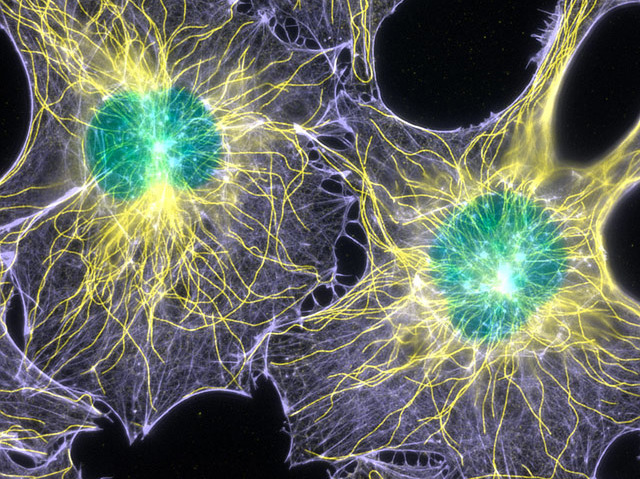 Skin pigment, or melanin, blocks 99.9% of harmful ultraviolet rays in sunshine. It's made by melanocytes found in the lower layers of skin, but some conditions like vitiligo destroy the melanocytes, causing visible white patches on patients' skins where pigment is missing. Now scientists have found a way of replacing melanocytes in a lab-based study on rats. They succeeded in directly converting fibroblasts, an abundant cell-type found in connective tissue – shown here in a winning image from a Nikon Small World Photomicrography Competition – into functioning melanocytes without resorting to stem cells. That avoids risks associated with stem cell engineering, including tumours, so brings cell-based therapies for skin conditions involving melanocyte malfunction closer to reality. The scientists now want to study fibroblast-generated melanocytes sourced from skin cancer patients to better understand how the disease develops.