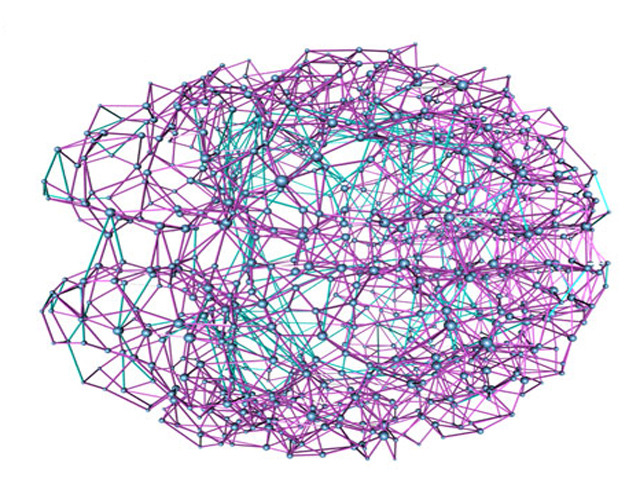 The brain is an extraordinary organ, achieving extremely complex functions with a highly efficient web of inter-connecting cells, known as neurons. Efficiency in a network is a balance of having the minimum number of connections, which are costly to produce and maintain, while retaining maximum navigability, meaning that all pathways from one point to another are as short as possible. Scientists modelling the optimal neural network found that it closely resembled the real organisation of the human brain; in the model pictured, all the purple links represent the connections found both in the optimal system determined by the researchers and in a real human brain. These are likely to be the most crucial pathways for the brain’s function, so identifying them could help pinpoint areas which are probably involved in most neurological disorders, in turn facilitating the design of effective treatments.