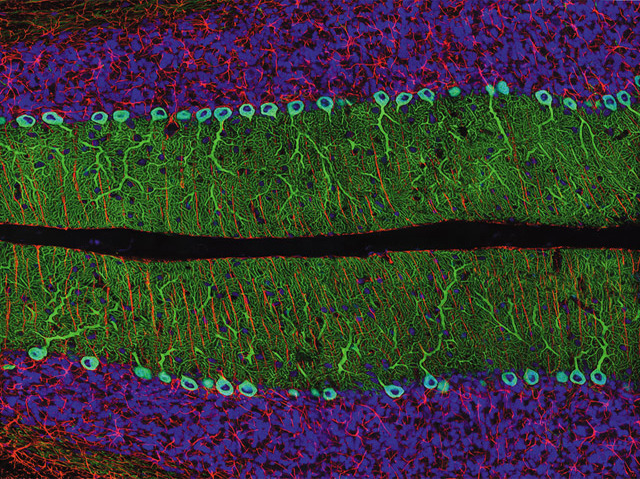 We have more genes than we know what to do with packed away unused in DNA strands. When we learn new tasks, such as skiing, new nerve connections start to form in the part of the brain controlling motor function, or cerebellum (in this image – winner of a Nikon Small World Photomicrography Competition – are Purkinje neurons in green in rat cerebellum, with cell nuclei in blue). While details of the motor-learning mechanism elude scientists, they're narrowing their focus on a group of specialised proteins known as NuRD that promote and control the architecture of nerve wiring in the cerebellum. They act as switches, which, when activated in response to environmental factors, unfurl stored DNA strands – up to two metres in length if straightened – to make them available for the production of proteins that promote growth of new nerve connections needed for specific activities.