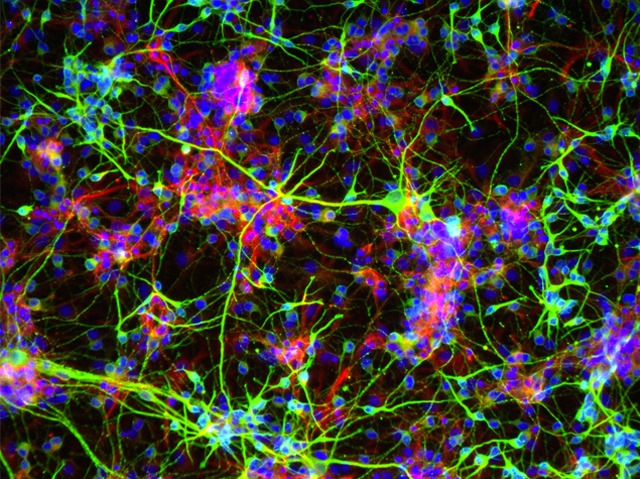 Every day you make millions of new cells in your body. Stem cells divide time and time again, replenishing damaged and worn-out cells in your gut, skin, bone marrow and more. For a long time it was believed that there were no stem cells in the brain, so when nerve cells died they couldn't be replaced. That changed in 1989, when neural stem cells were first discovered in a mouse's brain. Since then they've turned up in many animals including humans, although they don't grow as prolifically as stem cells elsewhere in the body. This image shows two types of brain cells – glial cells (red) and neurons (green) – produced from rat neural stem cells grown in the lab. The hope is that harnessing the regenerative power of human neural stem cells could one day lead to therapies to heal brain damage and diseases such as Parkinson's.