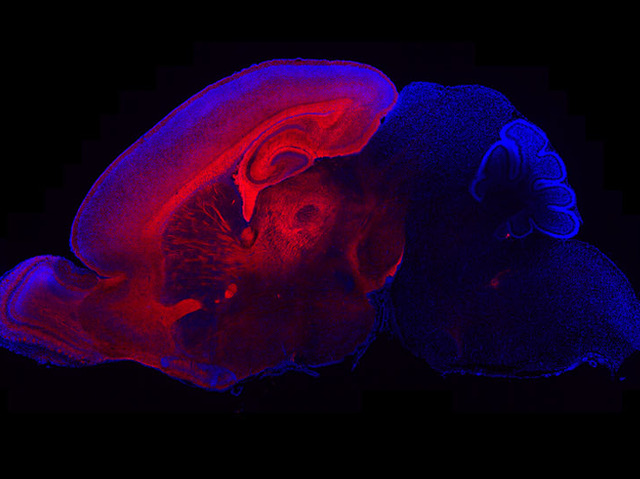 When autism was first described in the 1940s, an abnormally large head size – macrocephaly – was reported as a feature of the condition. To find out why, researchers focused on a gene that’s mutated in about 20% of people with autism, called PTEN, which regulates cells by making sure they don’t grow and divide too quickly. Disrupting PTEN led to an increase in growth of two types of cells in the brain – neurons and glia – visualised here using red fluorescence. They found that in mice with the disrupted gene, at birth neurons were more abundant and, in adulthood, glia were more abundant than normal. The overproduction of neurons and glia at these stages was also linked to increased signalling of a molecule called β-catenin. As PTEN and β-Catenin work together to help regulate cell growth, an imbalance could contribute to abnormal growth of brain cells in people with autism.