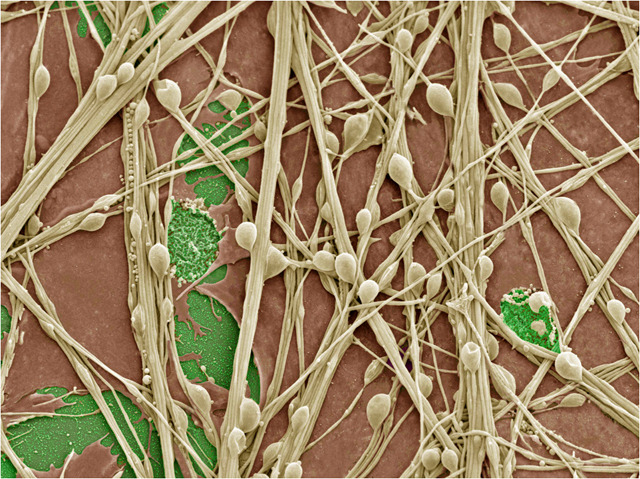 If anyone calls you thick you can come back at them with new research showing that thick brains means clever brains. Scientists have long wondered if intelligent people have special genes that allow them to learn faster and score better at cognitive tests. Their study looked at intelligence test scores from around 1,600 teenagers and found that those with a variation of a gene called NPTN occurring in only one in every 200 individuals had a thinner cerebral cortex compared to other teenagers who outperformed them. The gene encodes neuroplastin, a protein that promotes the growth of new synapses – the bulbous shapes seen here connecting thread-like neurons [nerve cells] – that thickens the grey matter in the cerebral cortex, the outermost layer of the brain.