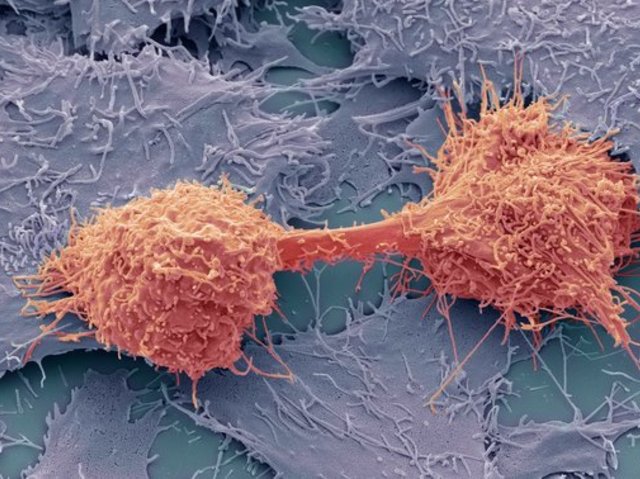 And then, there were two. This liver cancer cell undergoing division into two daughter cells will, seven times out of ten, kill the human host within five years depending on how early doctors can get to work on them. Rising obesity and swilling alcohol, as well as contagious viruses like hepatitis, could contribute to more deaths. Four thousand new patients are diagnosed with liver cancer each year in the UK – men, in two-thirds of the cases – making the disease ten times rarer than breast or bowel cancer, but the third biggest killer. In a recent breakthrough, however, scientists succeeded in halting liver cancer-cell multiplication in mice by disabling a key biochemical switch, the LTβ receptor. This sits inside the membranes of liver cells and boosts the immune system when it detects undesirable bodies, leading to inflammation that only appears to make matters worse for tissue affected by cancer.