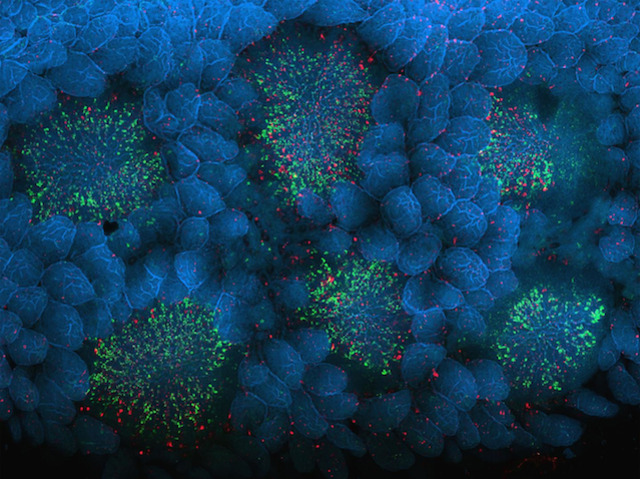 Responsible for the infamous 'mad cow disease', known officially as bovine spongiform encephalopathy (BSE), misfolded prion proteins must loom large in the nightmares of cattle farmers. What makes them both so devastating and fascinating is their ability to move from contaminated food in the gut and into the brain of infected mammals, including humans. Once there, they wreak havoc with native prion proteins, leading to crippling neurodegeneration. In infected mice, prions were recently shown to accumulate in specific areas of the small intestine, known as Peyer’s patches (the colourful areas pictured), before spreading to other tissues, such as the large intestine, spleen, and brain. As estimates of prion infections in populations are often based on detecting prions in the large intestine, patients in the early stages of infection may be overlooked; focusing on the small intestine Peyer’s patches will help provide more accurate data, and facilitate earlier diagnosis.