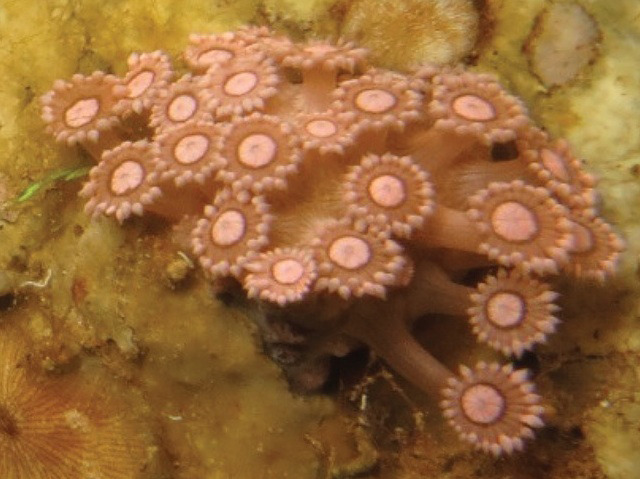 These delicate 'flowers' are actually coral colonies, growing on a reef in the Red Sea at a depth of around 50 metres. That's unusually deep for corals, and they also have some pretty unusual properties. There isn't much sunlight at that depth, which is needed by the energy-generating algae that live inside them, so the corals have evolved a clever way to make the rays stretch further. They're packed with red fluorescent proteins, which absorb the limited light that has managed to penetrate the depths and beam it out in a different colour that's more useful for the algae. As well as being useful for corals, these illuminating molecules could prove handy for scientists, who already use a green fluorescent protein from jellyfish to tag various chemicals inside cells so they can watch them move. These new red fluorescent proteins from corals could be a colourful addition to their molecular paintbox.