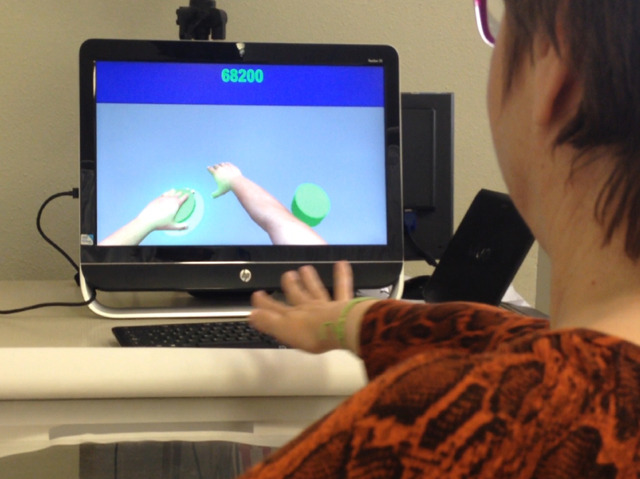 You might think that virtual reality computer gaming systems are just for fun, but researchers have discovered that they could play a useful role in enabling stroke patients to regain the use of paralysed limbs. When a stroke damages the left side of someone's brain, they can lose movement in the right side of their body, or vice versa, and it's an important part of rehabilitation to try and get the paralysed side moving again. Using a modified gaming system, patients are able to control a 'virtual body' using the movement of their paralysed arm. And by carrying out tasks in the virtual world, they start to strengthen the connection between their own body and brain in real life, building vital confidence in their physical abilities. After just ten minutes of training, patients were using their paralysed limb more often, suggesting that this game-based approach could have serious benefits.