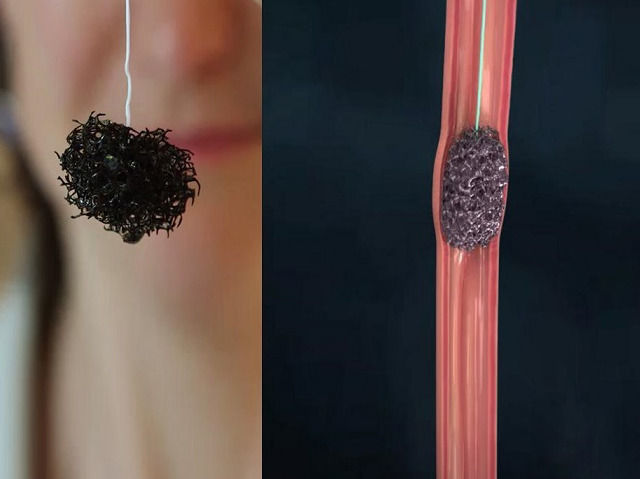 A ‘pill on a string’ that scrapes cells from the inside of the gullet, or oesophagus, could help doctors detect cancer at an early stage. When swallowed, the pill’s casing dissolves in the stomach to release a cytosponge, pictured, which is dragged back up the oesophagus by means of an attached string. Cells sticking to the sponge can then be examined in the laboratory for warning signs of cancer, such as mutations or shape changes. Oesophageal cancer is becoming more common and is much easier to treat if caught at an early stage. Trials on patients suggest that the pill on a string is simpler and cheaper than a biopsy – and has the advantage of scraping cells from the whole length of the oesophagus, not just one small area.