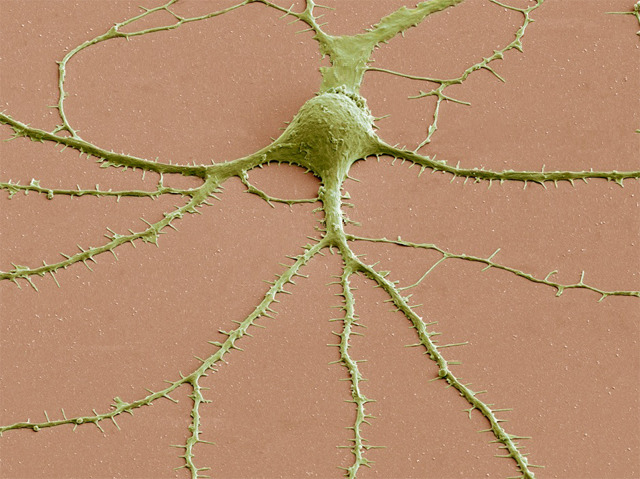 By loose analogy with the epithet that an eyeball can’t see itself, human brains can’t seem to figure themselves out either. Consciousness, perception and cognition still mystify us as they mystified Ancient Greeks. Take learning, for instance. The brain has a remarkable ability to ‘rewire’, allowing us to do new things, whether it’s dancing, recovering from strokes, or even, to use our tongues for balancing, as Cheryl Schiltz did after an infection left her wobbly on her feet. While the origin of this so-called neuroplasticity is unclear, the latest news from laboratories is that it’s owed to the unique ability of the brain to ramp-up or down the production of myelin, according to need, allowing neurons to extend and reconnect. Myelin, a fatty white sheath covering neurons – shown here covering a single spiny neuron – protects and allows currents to pass without short-circuits, much like plastic sheathing on electric copper wires.