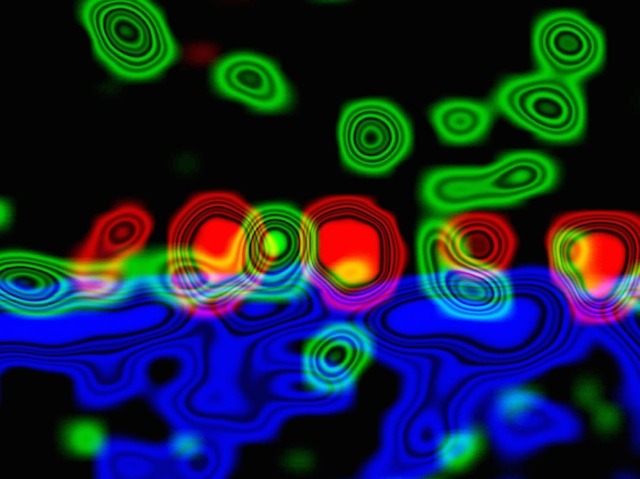 The average adult human brain has about 100 billion neurons – roughly 14 times the number of people on Earth. Glial cells help to protect and support these neurons, with about ten glial cells for each neuron. This picture shows a nuclear membrane from an astrocyte – a unique type of glial cell. The nucleus of the cell (blue) is guarded by certain proteins which act as gates (red). These gates, or nuclear pore complexes, can only be unlocked by the right protein keys (green). After opening the gates, these keys then enter the nucleus and effect cellular processes. When the brain goes through trauma, or is affected by disorders such as Alzheimer’s disease, the gatekeepers become less vigilant, and key proteins that shouldn’t necessarily pass through do. Scientists found that changing the numbers and shapes of gates in patients’ astrocytes can alter neuronal activity and restore some learning and memory capabilities. 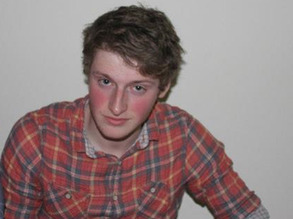 Matt is an environmental scientist turned science journalist, after completing degrees at the University of Plymouth and City University London respectively. Matt specialises in communicating health issues to the public.