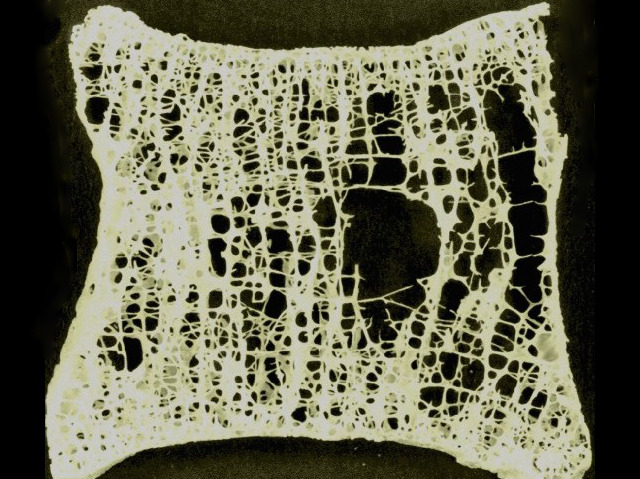 Your bones are kept healthy and strong by the renewal of hard tissue inside them but the process slows down with age and can result in osteoporosis and structural damage, such as that pictured in a vertebra of an elderly woman. A growth factor called PDGFB is known to aid bone regeneration and scientists recently found a way of boosting levels in mice. Haematopoietic stem cells, which are attracted to bone surfaces, were extracted from the animals, genetically engineered to overproduce PDGFB and injected back into their bodies. Four weeks later, tests on the femur, or thigh bone, revealed a 45 per cent strengthening of the bone structure. However, it proved critical to increase PDGFB by just the right amount – too much and the bone began to lose essential minerals. While the results are promising, more research is needed before a treatment could be considered for humans.