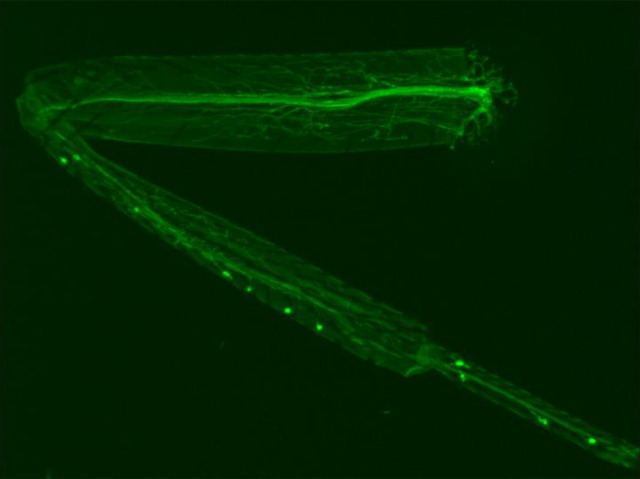 Recently brought to the general public’s attention with an ice bucket challenge, ALS, or amyotrophic lateral sclerosis, is the most common form of motor neuron disease (MND), a condition in which the neurons controlling muscles around the body degenerate and die. This devastating disorder is as yet incurable, but research on a classic model organism, the fruit fly, could lead to significant advances. Focusing on the neurons of the fly’s leg (pictured), a team of researchers triggered neurodegeneration by increasing the occurrence of TDP-43, a protein known to be involved in the development of ALS. They then searched for mutant flies with reduced symptoms, and thus identified three genes which could act to mitigate the effects of TDP-43, and limit degeneration. Further research into these genes, and other clues provided by the fly model, could help develop new means of fighting ALS.