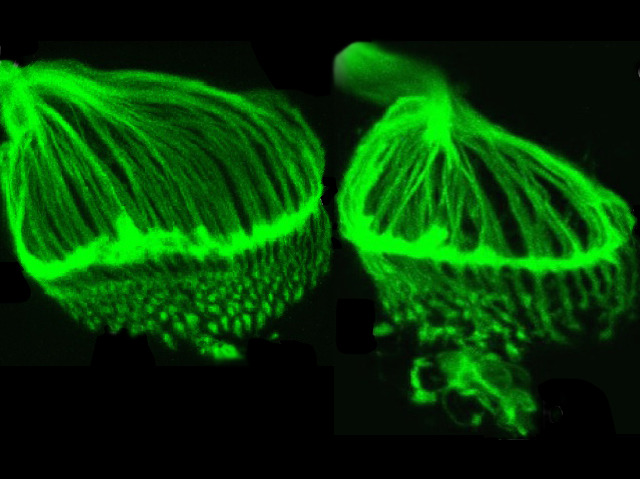 Unlike our own eyeballs, which each have just one lens, a fly's eye has more than 750. Known as ommatidia, each of these lenses contains eight light-sensitive nerve cells. In turn, each cell sprouts multiple connections which all have to be correctly wired in to the animal's brain. This biological wiring is seen here as spidery green traces, revealed under a high-powered microscope by labelling the nerve cells in a developing fly embryo with green fluorescent molecules. On the left is the network in a normal, healthy embryo, while the image on the right comes from an insect lacking a gene called Orthodenticle (Otd). Without it, the nerve cells don't know where to go, so they wire up in the wrong way. Although a fly's eyes may seem strange compared to ours, understanding how their wiring works is helping scientists to make connections with the way our human brains are built.