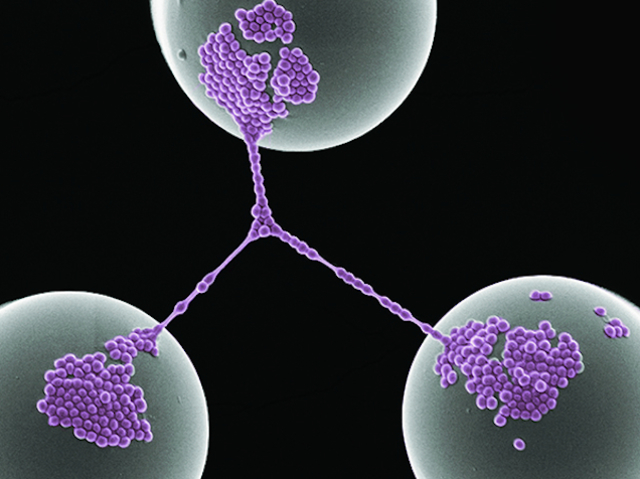 Stretching between ‘microposts’ much smaller than the width of a human hair, Staphylococcus auerus bacteria form a network of strings that look like the work of Spider-Man. Each purple dot is an individual bacterium while the large grey circles are the tops of the poly-dimethyl-siloxane microposts. By creating such supports of different shapes and textures, scientists are gaining a better understanding of how bacteria attach to surfaces. Bacterial colonies form these kinds of networks as they grow, for example on surgical implants, cooking implements and human tissues, to create a barrier against immune cells, drugs or chemicals seeking to kill them. Understanding how bacteria adhere will bring scientists a step closer to designing surgical implants that are difficult for bugs to cling to, and maybe even drugs that can stop their attachment, thereby reducing the risk of infection. 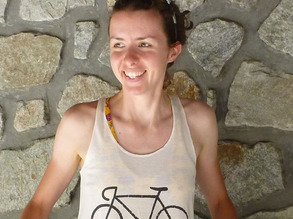 Vicky is an MSc student and biological sciences graduate. She is Focus Editor at EUSci, the University of Edinburgh science magazine, and writes about performance science for Cycling Weekly and its sister magazines.