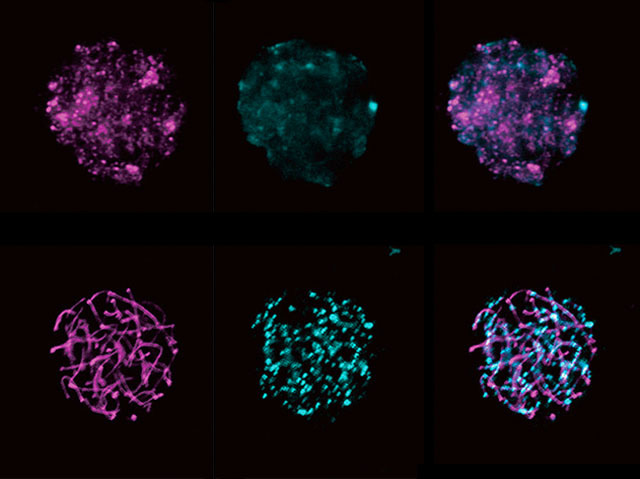 For some men, infertility is caused by a fault in meiosis, the special kind of cell division that’s necessary for their germ cells to become functional sperm cells. However, a new technique may help to develop treatments for this condition. Scientists prompted mouse stem cells to develop into functional sperm-like cells by exposing them to a cocktail of chemicals that mimicked the environment inside the testes. Spreads of chromosomes (pictured) from the sperm-like cells were observed at different stages of meiosis – a molecule that holds chromosomes together during the early stages of meiosis is shown in pink, and one that is important for avoiding DNA damage is shown in green. With this approach the team could follow the essential progression of chromosome organisation that leads to production of healthy offspring. Fused with an egg, the sperm-like cells were able to create embryos, which developed into healthy mouse pups.