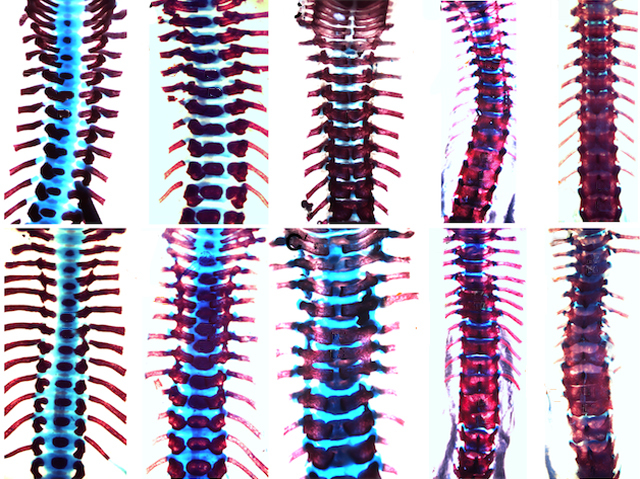 Building a backbone is a complicated business, starting early in development as a baby grows in the womb and continuing into early life. First a soft cartilage foundation is laid down (pale blue), which gradually converts into the interlocking bones of the spine (dark red). The top row of images shows this process happening normally in a baby mouse, from a couple of days before birth (left) through to 19 days afterwards. The animals in the bottom row have a problem. They carry a mistake in a gene called filamin B, which is also found in humans with the rare genetic condition spondylocarpotarsal synostosis where the individual bones of the spine fuse together, causing pain and deformity. By studying animals with the same fault, scientists can understand what goes wrong in people with the syndrome, as well as getting clues to spinal problems that can crop up later in life.