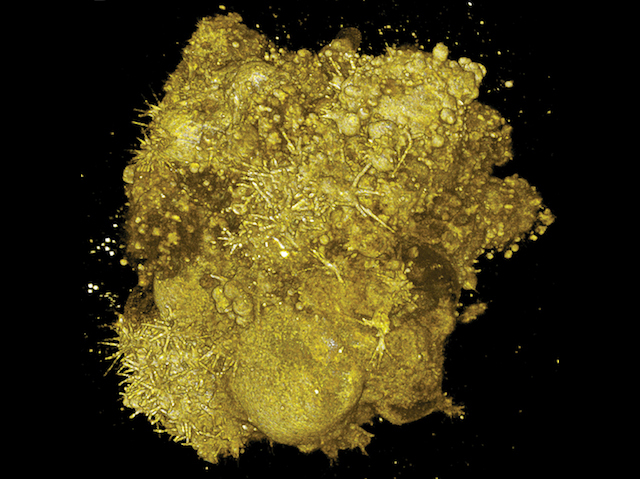 Tumours evolve from changes in a single cell – mutating after generations of growth into an ugly hotchpotch of cells unrecognisable from their common ancestor, and often from each other. This cancer spheroid is a sort of model tumour, grown in the lab from mutated human cells. Like a real tumour, its cells are not all the same. Such diversity, or heterogeneity, means cancer cells may react differently to their environment, ultimately controlling how the tumour responds to chemotherapy. The diversity inside tumours is fascinating to cancer researchers, but capturing their fine details is a challenge. Here a new microscopy technique called meSPIM uses rippled beams of laser light falling upon tiny structural features to pick out the boundaries of single cells, all while capturing the whole lump of tissue in high resolution. Such detailed scans of cancer’s intricate microenvironments could be vital to treatments planning to rip them apart.