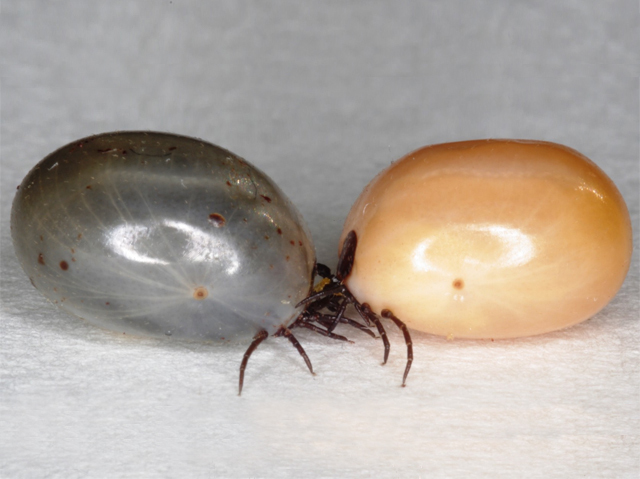 Painless, stealthy and looking for blood, you probably wouldn’t feel a tick crawling up your arm on its way to your arm pits (they prefer to burrow into soft warm places, you see). But it may not be a thirst for blood that ticks are trying to quench, rather a search for a precious chemical. Haem is a compound in mammalian blood used as a catalyst in metabolic reactions – something we have in common with ticks. Unlike mammals, though, ticks can’t produce their own haem and may have evolved to steal it from other creatures. Researchers found that a tick engorged on haem-containing red blood (left) was able to reproduce, unlike a tick fed without haem (right). Exploiting this insight might be the answer to the current ticky situation – tick bites can carry serious infections, and each tick can produce thousands of fertilised eggs at a time.