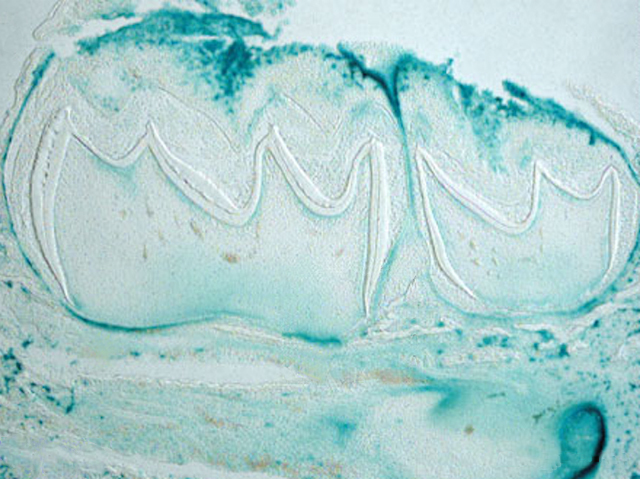 Beyond the hard white business end (crown) we may not give much thought to what makes up our teeth. When they form, the root and crown develop separately. Cells already in position in the jaw create each two-layered root – dentin on the inside and cementum on the outside – but nobody knew which cells they were. Now, in mice, researchers have identified a group of cells bearing an active osterix gene, which make both layers. To complete their development a series of genes, including PTHrP, become active in these root cells. If PTHrP is stopped from working, teeth have much shorter roots and don’t erupt from the gums. Pictured are developing teeth, with the cells containing active PTHrP stained blue in a dense line at the under surface where the root will form. The next step is to figure out the role of PTHrP, and what other genes are involved.