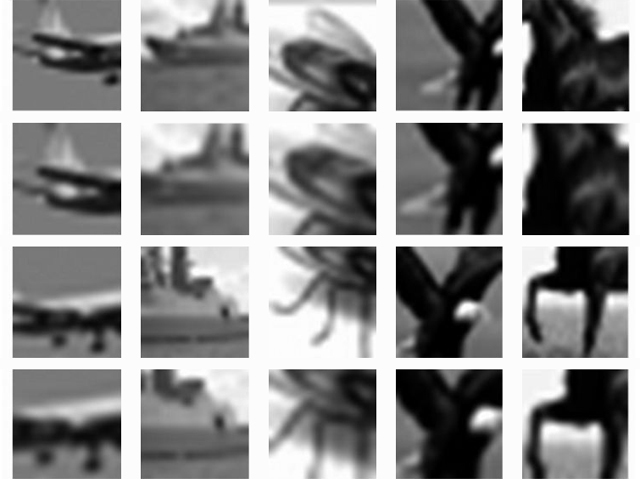 Anyone squinting at some of these images is in good company. In a study of human visual perception, most volunteers recognised the top row of pictures as a plane, ship, fly, eagle and horse. But many struggled when presented with the images on the second row. In fact the two rows are nearly identical; the only difference is how the images are cropped, obscuring certain features. The same 'trick' fooled volunteers faced with tiny differences between images on the bottom two rows. Researchers concluded that our brains focus on specific features when recognising objects – perhaps the shape of a wing or the arc of a ship’s prow – features that can easily be confused by small changes. Although computers are no match for human perception yet, this new lesson from the brain may one day inspire algorithms to improve image recognition technology.