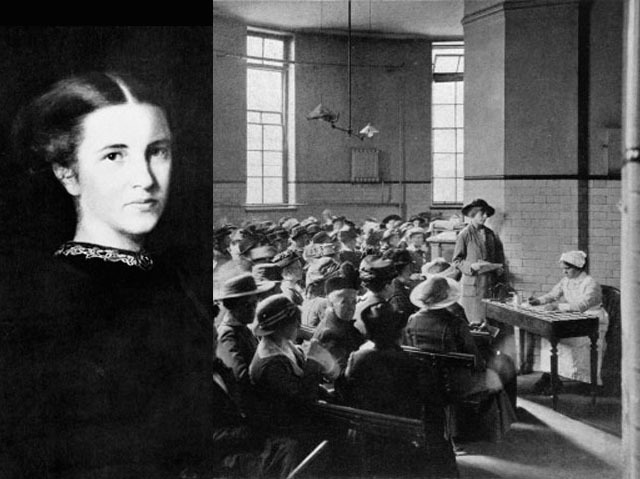 In the nineteenth century women were expected to marry well and stay at home. Elizabeth Garrett Anderson (left) defied this mould to become a pioneering physician and political campaigner for women’s rights. She was inspired by a lecture from Elizabeth Blackwell, the first female physician in America. This led her to train as a surgical nurse, though as the only woman in the class she was banned from participating fully in operations. Her applications to medical schools were rejected because women were not permitted to study medicine until an act was passed in 1876. But Anderson managed to obtain an apothecary license, and in 1866 opened a dispensary in London for women and children (pictured). She remained determined to obtain a full medical degree, and ultimately attended the University of Paris to qualify as England’s first female doctor. Anderson also petitioned in the suffrage movement alongside her sister, Millicent Garrett Fawcett.