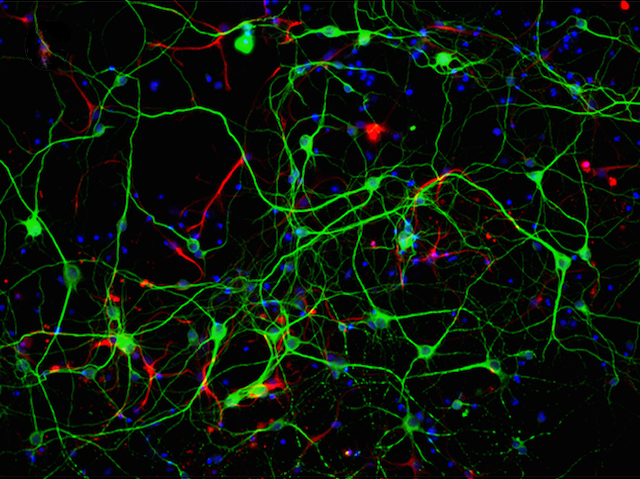 Everything we do begins with a flicker of electrical impulses in our brain, specifically in our neurons. However it isn’t just down to them; non-neuronal cells in the brain also have vital roles to play. Investigating their role in neuroinflammation, which is linked to diseases such as Parkinson’s, researchers looked to primary culture. This is the growth of cells in a dish after they have been isolated from a tissue. Culturing neurons (green) from brain tissue brings with it a host of non-neuronal cells (red). To remove these cells, while leaving the neurons intact, researchers applied the chemical FdU. The cultures were then exposed to inflammatory factors. In mixed cultures of neurons and non-neuronal cells, significant numbers of neurons died. However in FdU cultures, where non-neuronal cells were depleted, this effect was prevented. This highlights just how important non-neuronal cells are in bringing about neuron death during inflammation.