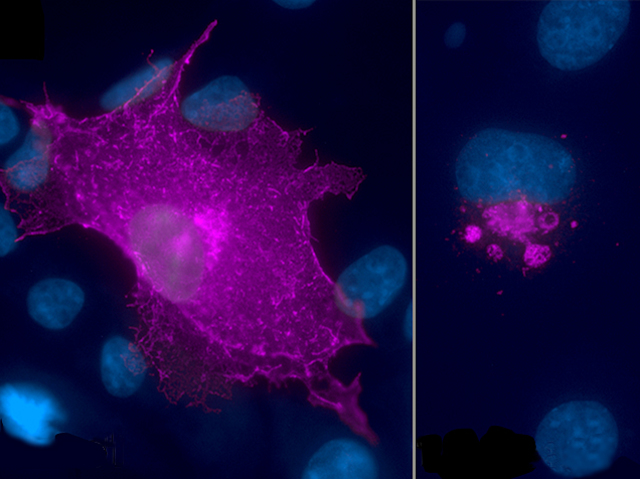 The pink splodges in these images are a protein molecule called Robo. It was first discovered in the nerve cells of fruit flies, helping the nerves running up and down each side of the fly’s body to cross over in the middle and wire up correctly. On the left is the pattern of Robo in a monkey kidney cell growing in the lab, which has been genetically engineered to add in the gene encoding the protein. Two genes have been added to the cell on the right – Robo and another gene encoding the protein commissureless – and the pattern of Robo protein is very different. Faults in the human version of commissureless have been implicated in WAGR syndrome, which causes kidney tumours, physical abnormalities and autism. Researchers think that the faulty gene causes wiring problems between the two halves of the brain, which could explain the autistic component of the condition.