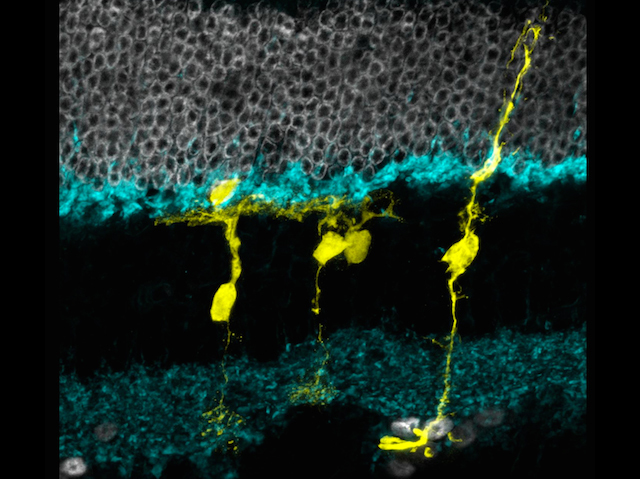 Unlike fish, birds and reptiles, the light-sensitive retina of mammals can't regenerate if damaged, making our eyes exceptionally fragile. However, in young mice, cells known as Müller glia can be induced to differentiate into new retinal cells by activation of Ascl1, a protein which turns on a suite of other genes. Unfortunately, it has no effect in adult mice, as DNA packaging in adult cells makes the sequences targeted by Ascl1 inaccessible. This obstacle could be overcome by treatment with compounds such as the anti-cancer drug TSA, which loosen these sections of DNA. In mice with injured retinas, the combination of Ascl1 and TSA caused the Müller glia (pictured in yellow) to give rise to new interneurons, cells which responded to light and connected to other nearby cells. This technique suggests that regeneration of the mammalian retina is possible, raising hopes of future applications to prevent blindness in humans.