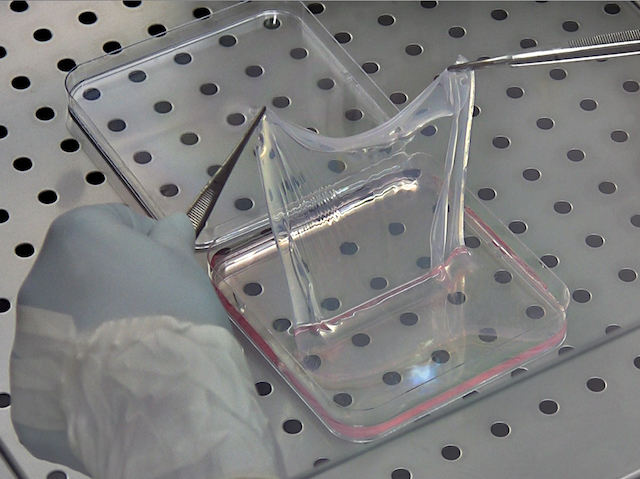 This is a sheet of transgenic skin cells, which now, along with sheets like it, covers the body of a nine-year-old Syrian boy. Two years ago, the boy arrived in Germany as a refugee, where his life-long genetic skin condition took a devastating turn for the worse. Epidermolysis bullosa is caused by mutations to proteins that keep the skin’s upper layer properly attached. As well as causing painful blisters, the disease increases the risk of infections. Indeed, upon entering hospital, the boy had such a severe infection he ultimately lost 80 percent of his skin. The boy’s negligible chance of survival, prompted his doctors to try an experimental therapy in which his skin cells were engineered to produce healthy versions of the mutant proteins – enabling the cells’ to properly attach. The therapy was a success and now, in his second skin, the boy is enjoying a second chance at life.