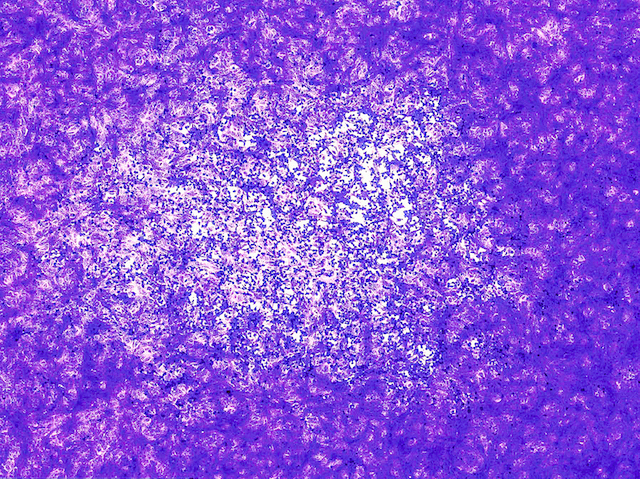 Although infection with the Zika virus doesn’t usually cause symptoms, it’s a problem for pregnant women. The virus causes serious birth defects such as microcephaly, where the baby is born with an unusually small brain and skull. Researchers have discovered that female mice infected with Zika before they were pregnant are less likely to become infected again during pregnancy thanks to the presence of protective antibodies produced by their immune system, even if they had no symptoms of infection first time around. This image shows one of the tests the researchers use to figure out how infectious the virus is, and measure the protectiveness of the antibodies: the purple specks are monkey kidney cells grown in the lab, while the white patches are areas that have been killed by Zika infection. The finding could lead to better testing and advice for pregnant women living in areas where Zika is common.