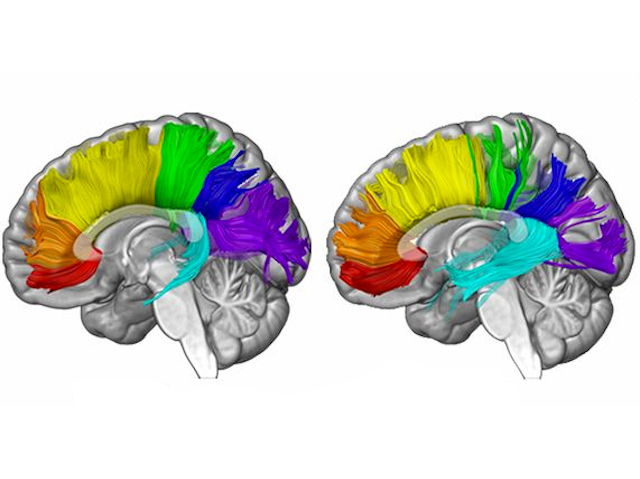 In a stunning phenomenon called ‘blindsight’, people who are blind in one eye can respond to visual stimuli they can’t consciously see at all. They might, for example, be able to grab an object to their side, only in the line of ‘sight’ of their blind eye. To investigate, researchers scanned the brains of healthy volunteers (left) and a patient with damage to one side of the brain (right). They found that the intact side compensates for, and communicates with, the injured. When the patient responded to stimuli they could actually see to one side, the corresponding half of the brain was active. However, when they responded to ‘hidden’ stimuli, both sides of the brain were involved, as were the fibres connecting them (the corpus callosum, blue and larger in the injured brain). Understanding these inbuilt compensation and repair mechanisms could help us encourage recovery after brain injury.