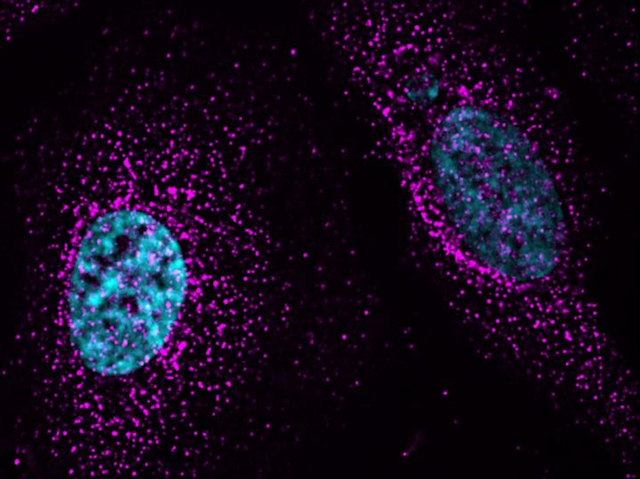 Cells seem small to us, but for the molecules that lie within, getting from one side to the other can be like crossing London in rush hour. Luckily, tiny taxis help ferry stranded customers to where they need to be. Myosin VI (magenta in the cells above, with DNA coloured blue) is one such molecular motor that helps a plethora of cellular processes on their way. But it’s also particularly prevalent in cancer cells, and we’re not sure why. To investigate, researchers looked at how it interacts with our DNA. They found that it powers an RNA polymerase – an enzyme that latches onto DNA to 'activate' genes. When malfunctioning, this could mean genes that promote cell growth and tumour development going into overdrive. Understanding precisely which genes are being spurred on, and how Myosin VI does it, could lead to new treatments for a range of particularly aggressive cancers.