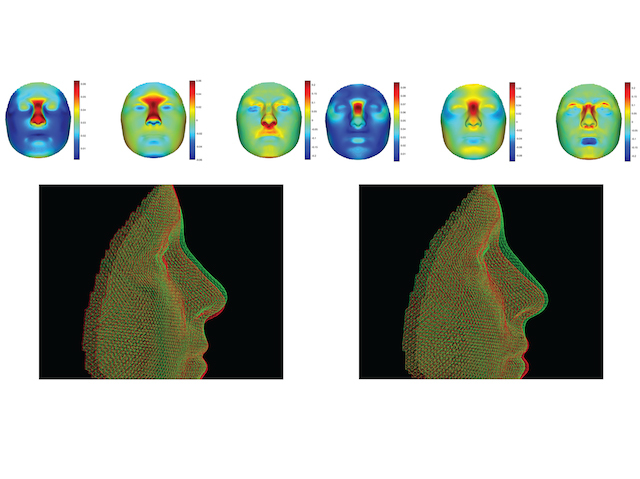 Take a look at any family – especially one with identical twins – and it’s obvious that genes play a role in the shape and structure of the human face. Whether you’ve inherited your mum’s cheekbones or your dad’s chin, it’s as plain as your nose that features are highly heritable. New analysis tools are enabling researchers to scan through thousands of genetic variations in search of genes that influence facial features, and a handful of culprits have now been found. These images have been constructed using a computer model that combines facial measurements from many people together with genetic data, highlighting the role of subtle variations in one of them: a gene called PAX3, which influences the shape of the bridge of the nose. One version of the gene gives a slimmer nose (left), while the face on the right carries a PAX3 variation that causes a bulkier, higher bridge.