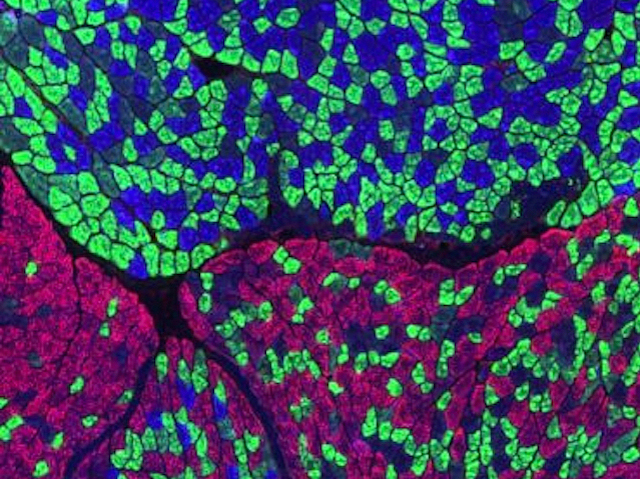 Have you ever been exercising and suddenly felt as if you can’t carry on? This phenomenon known as ‘hitting the wall’ occurs when our muscles can no longer use the usual supply of glucose for their energy source. It’s known that endurance training causes muscles to switch to ‘burning’ fat rather than glucose, but new research shows that this change is stimulated by and is also dependent on a molecule called PPARδ. Pictured are types of muscle fibres that use glucose differently, stained blue, green and red. Using a drug to activate PPARδ in the muscles of inactive mice, researchers found that there was an increase in fat being used as an energy source and that inactive mice were able to exercise for longer, without the need for training. This insight could be used to help people unable to exercise because of health problems.