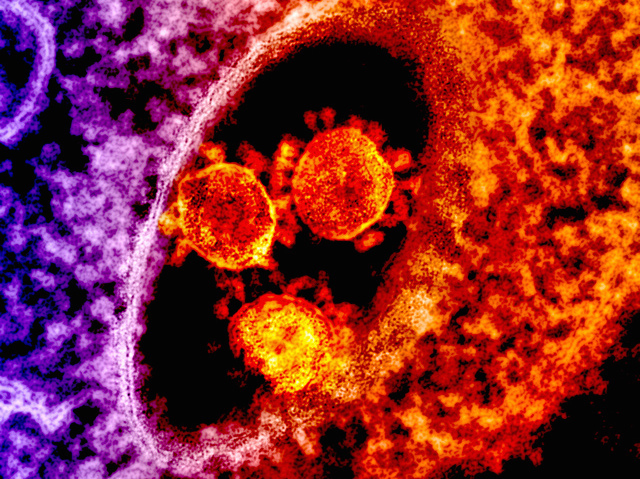 The viral infection MERS – Middle East Respiratory Syndrome – first appeared in 2012, and has now spread to more than 27 countries. There’s no effective treatment for the disease, which can be fatal, and no vaccine either. However, the virus that causes MERS (known as MERS-CoV, pictured), has a crucial weakness: it hoovers up a chemical called ubiquitin, which helps our immune system fight off viral infections. Suppressing ubiquitin in this way allows the virus to replicate and spread freely. Researchers have now developed a synthetic form of ubiquitin that looks much more attractive to the virus than the regular version. The fake ubiquitin stops the virus from replicating, and lab tests show that it can get rid of the infection in less than a day. There’s still more work to be done, but the team hopes that one day their discovery could become a treatment for MERS and other viral infections.