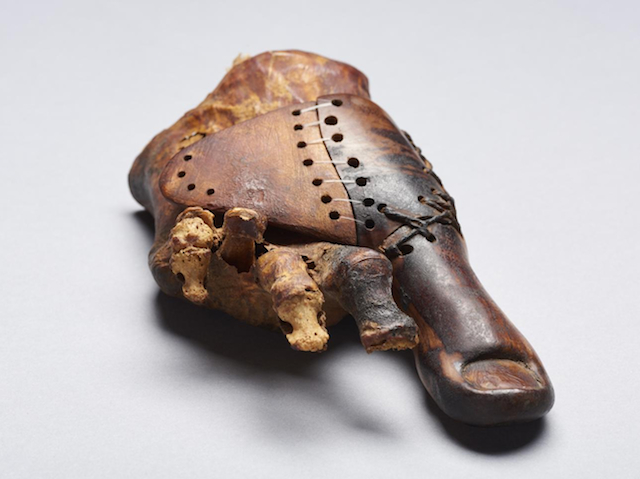 What have the Egyptians ever done for us? Well there’s written language, the calendar, the pyramids of course... but some of their genius shone at a smaller scale. This is the earliest known prosthetic device – a wooden big toe found in a burial site at Sheikh Abd el-Qurna. The owner was a priest’s daughter – wealthy enough perhaps to afford skilled craftspeople in the 1st millennium BC. But there are clues here that, similar to today’s technicians, Egyptians had a shrewd knowledge of human anatomy – the toe was sculpted until the fit was just right, and attached stably enough to withstand the pressures of walking. Today, 3D printing can mould precise prostheses in hours, but even 50 years ago the process would have taken weeks. Perhaps it’s comforting to know that at time of great unrest as the Egyptian empire declined, science was flourishing to the benefit of mankind.