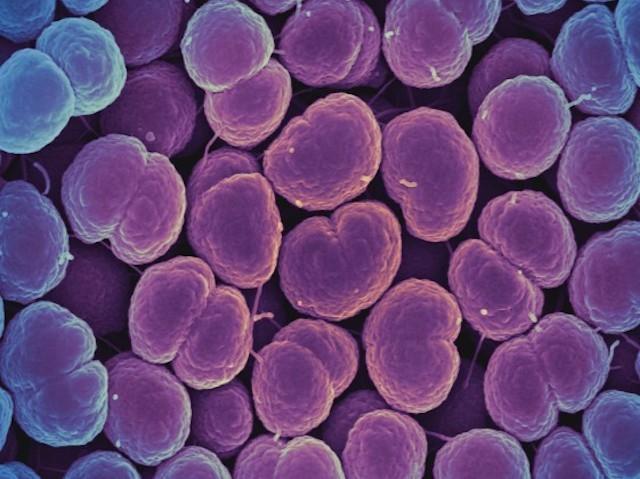 Gonorrhea – caused by the bacteria Neisseria gonorrhoeae (pictured) – is the second most common sexually transmitted infection in the UK. It mainly affects young people under the age of 25, and can have serious health consequences if left untreated. The World Health Organization estimated that 78 million adults were affected worldwide in 2012 and so it’s deemed a public health priority. Over time, gonorrhoea has developed resistance to first-, second- and even third-line antibiotics, with new data showing that 77 countries now have antibiotic-resistant strains of gonorrhoea. This has instigated researchers to call for international collaborations to help control it, which would include updating treatment guidelines in response to regular surveillance of treatment successes and failures, quicker and earlier diagnostic tests, improvements in prevention measures, and new therapeutic drugs. In the long-term, it’s thought that a vaccine for gonorrhoea used together with these strategies could help stop its spread.