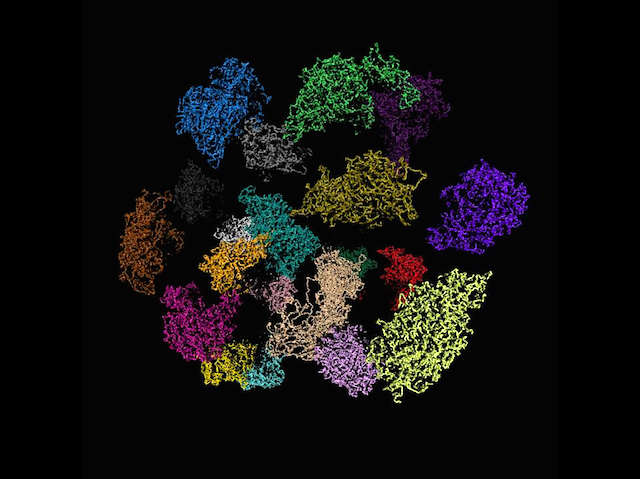 Genes are boring aren’t they? – just sitting in the cell nucleus like the one simulated here, waiting to be 'switched' on or off. Well, it appears that, hidden in the dark for all of our lives, our genes have been frolicking a little more than previously thought. Arranged along regions of DNA called chromosomes (in different colours here), they’re always on the move. Peering into thousands of individual stem cells, researchers looked at the position of chromosomes relative to each other and found them jostling and rearranging, using this movement to control when certain genes switch on. This new clue changes views about how genes control cells, raising questions about everything from embryonic development to cancer.